Ryan McCannMarch 16, 2016International, Latin AmericaComments are off for this post 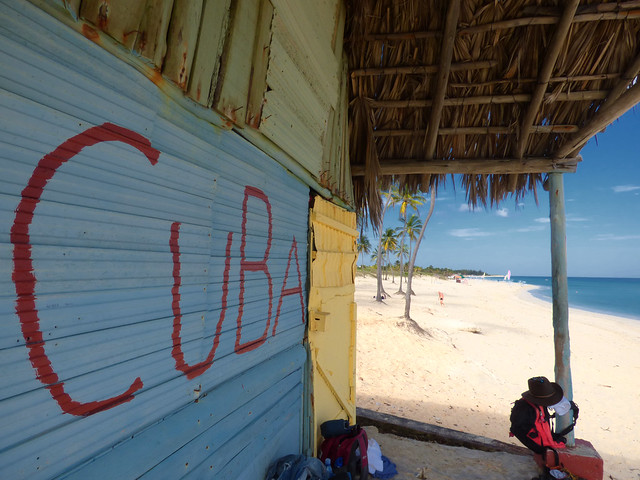 For many college students spring is the time of travel and fun. With the warm weather comes a week off for students everywhere to kick back relax and travel to somewhere new. When a typical college student scans the possible spring break hot spots they might take pause on Cuba, a country in close proximity to America boasting a lively colonial past. Those who were hoping to travel to Cuba will doubtless be disappointed by the still very stringent travel restrictions that still exist in the country. Currently, only some students on study abroad programs and very specific personnel can travel to Cuba. Anyone else interested in the vibrant culture and history of Cuba is forbidden to travel there. Obviously Cuba and America have had a frigid history together especially when considering the Cold War, but most Americans and nearly all Cubans agree, isn’t it time we stopped the restrictions?

The state of affairs

After the fall of the communist regime in Russia, Cuba faced major economic issues. Cubans called this time “the special period” that was exceptionally rough on its economy. As a result of the Soviet Union’s collapse, Cuba has never fully recovered since that period. For instance, Cuba essentially lacks a conventional manufacturing sector, which is one of the reasons why there exists a concerted effort by the people to craft everyday objects. Items ranging from clothespins to toy cars are “manufactured” by ordinary people for a profit. Clearly, there is a lot of room to grow and America should take note of the hardworking nature of Cuban inhabitants for establishing businesses and other organizations in such a creative atmosphere.

The next question many Americans would ask is, are Cubans willing to change? The answer to that is an overwhelming yes. According to one source, 97% of Cubans would like to end the embargo with America. Even the administration of Cuba has changed, voicing a need to alter the current state of affairs. Castro stated recently that, “the Cuban model doesn’t even work for us anymore.” Essentially, the climate is ripe for massive change in Cuba.

Besides Cuba, many Americans are eager for change as well. Merely from my own observations as a young adult, I can certainly say that many millennials are perplexed by our current embargo with Cuba. Although many understand the history behind the decision, it just seems increasingly odd, as the end of the Cold War occurred decades ago and the threat of a nuclear Cuba has faded into the history books. There are much greater threats to America, and countries that we currently have fragile relations with can still be traveled to by Americans. Regardless of my opinion, Americans hold true to a similar sentiment because polling shows 73% of Americans are in favor of lifting the embargo. Considering how the current culture of America is very divided, almost having three quarters confidence of U.S. citizens in any political position is quite notable. Therefore, let us not see Cuba as we did during the Cold War and instead reassess our neighbor to the south as a trade partner and a travel destination.

Cuba is rich in Culture and History

Something that should be mentioned is how Cuba has constantly strived to develop itself in recent years. Technology, a major element of globalization has radically altered the way in which average people conduct themselves in Cuba. Cuba recently designated five different Wi-Fi hotspots effectively giving people power to be much more open to the wider world than they could ever imagine.  As is often the case, increased technology has led to more progressive sympathies and one could easily draw the line between better technology and an eagerness for freer markets in Cuba. Tourism could drastically change the face of Cuba as well, as a deluge of Americans could lead to greater profit. According to one estimate there will be as many as ten million tourists from the United States if the embargo is lifted. This could all lead to a radically changed Cuba with more people profiting off of tourism. Again this is extremely notable because the businesses, especially in the hospitality sector, are extremely interested in opening up shop in Cuba. Some officials worry that with an increase of U.S. development will lead to rampant construction that will reap the benefits of Cuban soil without contributing back towards the country and its people. However, in all likelihood Cuba’s glacier moving bureaucracy will likely mitigate any risk dealing with foreign investment. The only benefit that Cuba can get is greater integration with the world’s markets and its people. Freer markets coupled with the diplomatic influence of America could conceivably influence Cuba in democracy and human rights. Although this might be a bit far fetched, opening up Cuba to America will greatly alter the way in which Cuba conducts itself and will likely expose the country to American principles of liberty.

Cuba and its Future

Although the future looks very positive for Cuba there are some issues that the country is facing as a whole. In the words of one Foreign Affairs article, “…Cuba is an underdeveloped country with developed-world problems.” Unlike many developing countries, Cuba is facing the problem of a greying population or a country that has an increasing elderly population. If Cuba has any hope of remedying this issue, Cuba will be forced to adapt and find itself in the world. Lastly, Obama plans to visit Cuba on a historic visit that is unprecedented for an American president. To put this in perspective, Calvin Coolidge was the last president to visit but did so on a battleship. The diplomacy that Obama is interested in will not follow the same intensity as Coolidge but rather seek for a normalization of relations. Notably, the trip will not be merely focused on eliminating the embargo but also advocate for human rights. For instance, Obama will be meeting with some dissidents during the trip even though Cuba condemned the decision. Some conservative critics like presidential hopeful Marco Rubio criticized the decision to visit Cuba. He even went as far as likening Cuba to Myanmar, claiming that U.S. pressure along with the peoples’ support are the only solution to dealing with authoritarian regimes. Despite the fact that Myanmar is nothing like Cuba (Myanmar had some trade restrictions but no embargo, it also lacked the same travel restrictions that the U.S. put on Cuba), there will still be pressure from America for Cuba to move away from its authoritarian tendencies. With a freer market in place along with the already highly educated population will make the situation ripe for a democratic movement. Although it is impossible to predict what the future will hold exactly for Cuba but it is safe to say that change is coming to Cuba and it seems that almost everyone is on board.

Ryan McCann is currently a Junior at Christopher Newport University and is studying History and Political Science. He is the Vice President of the Alexander Hamilton Society at Christopher Newport University, the Treasurer of CNU Green team, and the Co-President of CNU History Club. He is hoping to pursue human rights work and graduate school after his education at CNU. “I truly believe that the Reiff Center offers unique opportunities for students to engage in and actively discuss conflict resolution and human rights. My hope is that through constructive dialogue people can become more aware of human rights abuses. Ultimately, the Reiff center provides an invaluable opportunity to those who are interested in trying to make the world a better, safer place.”

Related Articles
Conflict in Yemen: The World’s Forgotten Humanitarian Crisis
Yes You Can: How to Get the Most Out of a Human Rights Career
Zika Virus and Reproductive Rights for Women